Going beyond bureaucracy to restart the economy

FOR YEARS, OECD COUNTRIES HAVE BEEN WORKING ON PUBLIC SECTOR REFORM, REGULATORY SIMPLIFICATION AND EMPOWERMENT OF HUMAN CAPITAL. ITALY IS STILL THE COUNTRY OF THE IMPLEMENTATION GAP AND THIS LEADS IT ASTRAY FROM THE GROWTH PATH OF MOST ADVANCED COUNTRIES. WILL THE PENINSULA BE ABLE TO SHIFT GEARS?

Generations of economists, long before being pundits and politicians, have been discussing the role of the state in the economy. The supporters of the invisible hand of the market usually find strong arguments in its favor during phases of economic growth, often complaining about the inefficiencies of public administration acting as a brake on the economy. On the other hand, in phases of economic stagnation or recession, defenders of the role of subsidies and public investment as an essential condition for a restart of the economy seem to take the upper hand.

The whole world, after a period marked by the pandemic, is now confronted with unexpected war scenarios, leading to a highly unstable geopolitical framework that has strong repercussions on growth expectations. In particular, in Europe the energy crisis is undermining the competitiveness of firms, as well as generating unexpected pressure on household budgets. In Italy, the great expectations raised by EU Recovery Plan are beginning to waver in the face of the urgencies associated with the new winds of crisis.
But it is precisely at times like this that the public sector demonstrates its strategic importance, for better or for worse. That is, no European country imagines facing this emergency situation, as well as those which could unfortunately follow in the future, without the planning and construction capacity of public administrations. It’s public actors that inevitably distil policy, allocate substantial resources for its implementation, as well as the actual rolling out of investment plans capable of generating growth in the medium term, supporting the competitiveness of businesses and promoting the well-being of citizens. 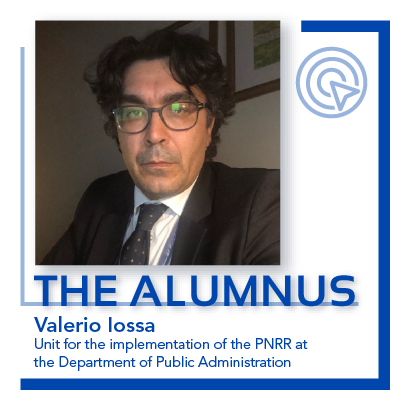 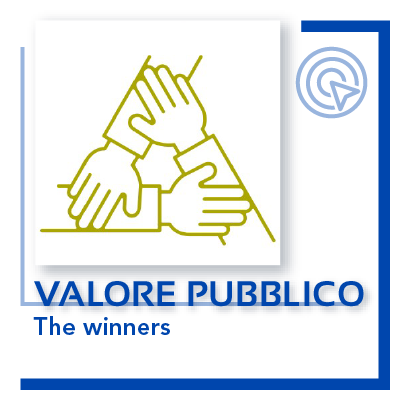 For this to happen, however, we need a modern and efficient kind of public administration, finally de-bureaucratized, capable of deciding and implementing quickly policies. Precisely for this reason, reforms of public administration across OECD countries in recent decades have strongly insisted on some common cornerstones: the streamlining of large apparatuses, the simplification of regulatory systems and controls, accountability of public managers for results, digital innovation and, last but not least, public-private collaboration.

ll this can be traced back to two great trajectories of change: making the public sector as efficient as the private sector, even competition is absent; acknowledging that the government cannot do everything and cannot do it alone, consequently restricting the scope of intervention for traditional public administration and expanding, on the other hand, the forms of integration with the private profit and non-profit entities.

In other words, to emerge out of periods of crisis and deal with new uncertainties, businesses and citizens need public intervention and vice versa. On all these levels, our country has advanced a lot on paper, much less in substance. The dismantling of the vast public apparatuses dates back to the time of the Blair government in Great Britain, just as the Société d'économie mixte is rooted in the evolutionary history of public intervention in France. From government to government, and therefore from reform to reform, in Italy we prefer to be passionate about grandiose plans for bureaucratic transformation, which inevitably collide with legal obstacles and corporatist resistance when the time of implementation comes. We are the country of the "implementation gap" and this risks moving Italy away from the potential growth path of most advanced countries.
The next five years will be decisive, a sort of litmus test for the public sector.

Macroeconomic indicators, the reduction of inequalities of all kinds, the increase in human capital attractiveness, the promotion of social mobility, not least the ability to face the great environmental challenges, will tell us, with numbers in hand, who is able to give public administrations the role they deserve compared to those who are still waiting for unlikely salvific reforms.

People Technology: how they determine the value of a company

While investments in software and skilled labor shift a company's production frontier, investments in hardware determine technical efficiency and are not enterprisespecific

Charles will be a good king. But he shouldn't try to imitate Elizabeth

The new ruler served a long apprenticeship during his mother's reign, but many difficulties loom on the horizon. The British people, however, have confidence in him

Brokerage is key to change the corporate giving scenario

The high levels of corporate giving in countries such as UK, France, Belgium or Switzerland are also due to the development of structures that act as philanthropic intermediaries, explains alumnus Marcello Gallo, president of the Donor Italia nonprofit organization

Mapo Tapo, a startup founded by two Bocconians, Alessia Fontanari and Daniele Calvo Pollino, launched a crowdfunder to publish a travel book dedicated to the climbing community. The goal was reached in a few hours