Gerardo and His Utopia

AT THE AGE OF 28 GERARDO MASUCCIO LAUNCHES HIS PUBLISHING HOUSE. WHICH, IN SPITE OF THE NAME, ASPIRES TO ESTABLISH ITSELF CONCRETELY BY LAUNCHING NEW AUTHORS AND REPRINTING GIANTS OF LITERATURE WE NEED TO REDISCOVER 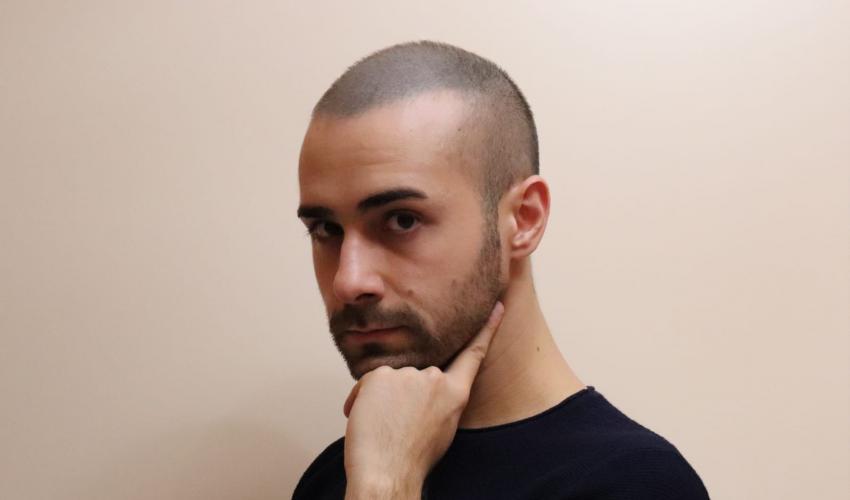 He started his company just before the Covid bomb exploded in all its gravity. He did it in one sector, publishing, considered one of the most difficult. And yet he didn't let himself be conditioned and went straight ahead trusting in his own abilities. Because great literature is a passion for him before a profession. Gerardo Masuccio is 28 years old and at Bocconi he graduated first in Law, "with a thesis on copyright", he explains, and then in the ACME MSc, "to deepen management aspects". An unusual path but one that served him to have a 360-degree view of things.

When he was a student, in the role of President of the Bocconi d'Inchiostro Literary Association, he brought giants of literature such as Nobel Prize winner Svetlana Aleksievic, Andrea Camilleri, Dacia Maraini, Susanna Tamaro and others to the University. Or songwriters with millions of records behind them: Antonello Venditti, Roberto Vecchioni, Gianna Nannini, Enrico Ruggeri. Now, however, he has chosen a different path: "With Utopia", he says, "we have chosen to publish great authors of the 20th century who have been inexplicably forgotten and, at the same time, to discover new talents outside the traditional paths, those which prefer authors who write in the usual languages, English, French, Spanish and a little German".Gerardo began his career in Bompiani, first as an intern, then as head of the poetry series: "I had met the editorial director of Bompiani during an event at Bocconi and, once graduated, he wanted me with him".

A fundamental experience, but Gerardo wanted to create his own project and in January he started the new adventure while maintaining a role as a consultant in Bompiani, "which I consider a bit my family. What we do in Utopia, where I have seven collaborators all of my age, is to focus on quality literature, novels and essays, and on authors who have inexplicably fallen into oblivion in Italy in recent decades. The first two that we will publish, in September, are a Premio Strega winner like Massimo Bontempelli and a Nobel Prize like Camillo José Cela", Gerardo continues. "The latter continues to sell a lot abroad, in Italy, who knows why, no". But perhaps the most fascinating part is the scouting that the eight young people of Utopia are doing on the international market: "We will be the first to publish an author who writes in the Tamil language, we will publish a French author from Mauritius, a Siberian and an Uzbek. We're going to do the research work that big publishing houses don't do anymore," Gerardo says again, "with their standardized catalogues that are hardly recognizable from each other. Which is a bit, in my opinion, one of the reasons for the crisis in this sector. We, on the other hand, want to distinguish ourselves".

The Covid storm has not particularly affected the work that Gerardo Masuccio and his collaborators are carrying out. At least so far. "We all live in different cities, but fortunately we have a certain familiarity with technology. We devoted ourselves mainly to editing and research, it was basically an incubation period. If there are no relapses in September, I can say that Covid has only grazed us". After the launch in September and the related

distribution of the first two volumes, "which we will do with a partner like Messaggerie", Utopia will launch one volume per month: "As I said before, we want to stand out. We will do it both for the content and for the look that our volumes will have. Beautiful inside and out, another rarity".

Innovation and sustainability are at the heart of new initiatives in public transit. Focusing on services as well

When Food Is an Icon

Digital services, resilience and contactless delivery in the Covid era, this is how Domino's Pizza Italia, with Bocconi's Alessandro Lazzaroni as CEO, is managing to warm the hearts of Italians. Even during the Covid crisis