A MEMBER OF THE BOCCONI PRESS OFFICE FOR THE PAST 15 YEARS, BIKEMI HAS RECOGNIZED HIM AS COVERING THE THIRD LONGEST DISTANCE ON THE BIKES PROVIDED BY THE CITY OF MILAN'S BIKE SHARING SERVICE SINCE ITS FOUNDING 10 YEARS AGO

With 14,320 kilometers covered since 2009, Tomaso Eridani, who has been part of the Bocconi University Press Office for 15 years, has been recognized by the City of Milan on the occasion of BikeMi's tenth anniversary. He placed third in terms of distance rode on the bikes in the Milan bike sharing service since its foundation, and was awarded a free 10-year membership. "It’s a way to reduce pollution, an excuse to exercise and it also allows you to not have to worry about your own bike," says Tomaso. He commutes to campus every morning by bike from Porta Venezia, regardless of the weather conditions (his coworkers have even seen him cycling in the snow!).

Growing up in London and passionate about theater, Tomaso is keen to stress that there is nothing at all special in this habit. "I ride bikes almost everywhere. It may be because I have Belgian roots on my mother’s side, but I find it so normal that I did not expect to be rewarded for this!”

He took his two children to school by bike when they were going to nursery school. He bikes on all his trips around Italy and abroad: "The best times I remember were in the mountains in Austria and along the French canals, where my family and I cycled for three days." And of course, he cycles around busy and chaotic Milan every day. He says he witnesses at least one or two arguments a day between pedestrians, cyclists and motorists, but he passes through it all with his usual British composure. There may be nothing extraordinary about always cycling, but it is certainly an important action in a time where pollution is a global problem, especially in a city like Milan. 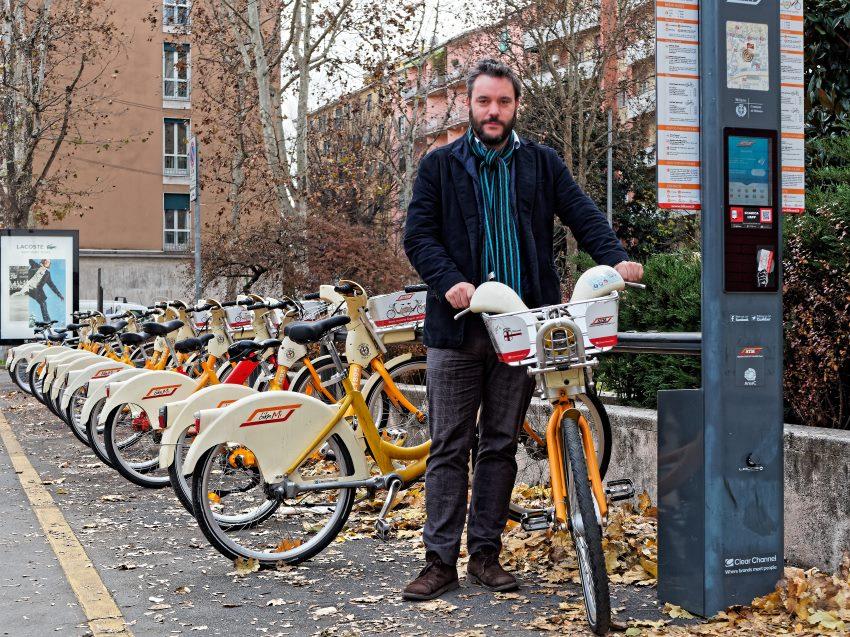 Management, Bocconi in the FT's Top 10

The 2020 Bocconi Alumnus of the Year is Andrea Enria

The Bocconi Alumni Community award goes to the President of the Supervisory Board of the ECB, who graduated in political economy in 1987

Ten webinars to get to know Bocconi. Also by listening to those who have already graduated and are now members of the Bocconi alumni community