ALUMNA PAOLA SINISGALLI, WHO RUNS A PRODUCTION COMPANY IN THE US METROPOLIS, WROTE A MODERN FILM VERSION OF SAINTEXUPERY'S MASTERPIECE. FILMING BEGINS NEXT SUMMER


She knows the city inside out, literally. Not just Manhattan, with its skyscrapers and shops hosting leading international brands, but also the outer boroughs, where tourists don’t go, real planets in their own rights. And the term "planets," as Paola Sinisgalli, 31-year-old Rome native and CLEACC graduate with a Master in Marketing, says, has a specific meaning: "The neighborhoods of New York are the modern transposition of the planets that Antoine de Saint-Exupéry describes in his masterpiece, The Little Prince, which has enchanted me since I first read it."

Paola came to New York for an internship while she was at university. Then, in 2010, she was hired by a PR agency and in 2013, she had a life-changing stroke of luck, she won the lottery that provides a certain number of green cards each year. "Thanks to this turning point, I opened my own business, a communication, social media, video production and PR agency, TheCreativeShake, in part facilitated by the easy bureaucracy in the US." With her new business and her first clients, "leading Italian food companies," Paola dedicated herself to what is indeed part of her work, but also her passion: producing. She made the short film Without with Massimo Bonetti, which was shortlisted for the 2016 Nastri d’Argento. Most importantly, it "was responsible for introducing me to the environment, giving me the opportunity to make four videos for the group, Modà."

Her dream with a capital D, however, is to make a film. And not just any story, but The Little Prince with a modern retelling, set in present-day New York. "I wrote the script in 2016 and now I'm ready," continues Paola. "I’ve gotten a positive response from the internationally renowned actors I contacted, Luis Guzmàn, Michel Imperioli and Philippe Petit. I also started and ended a fundraising campaign through Kickstarter, with the main aim of becoming established since the goal set, $100,000, is a small part of the movie’s $2mln total budget."

Because it is an internationally-renowned and beloved book, Paola, who will also be the director of the film, is confident she can raise funds from private individuals to distribute the film all over the world. "We're going to start shooting next summer, around August or September," she says. "$2mln seems like a lot but it's actually a low budget for a movie. It will be a modern fable set in a New York that is unknown to many, an extraordinary representation of every corner of the world." 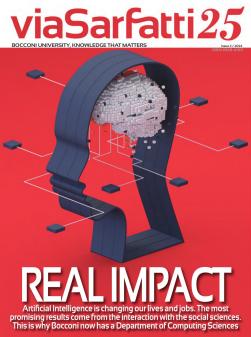